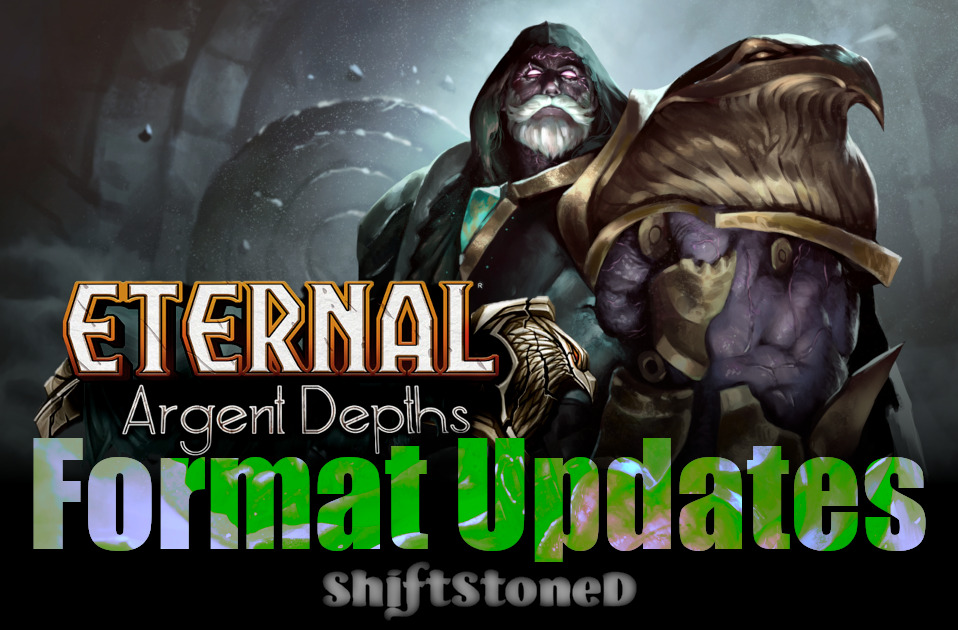 July 1, 2020 - With each large expansion, Dire Wolf Digital redesigns the Eternal Draft Packs and Expedition to complement the new set. They were updated on June 24 with Argent Depths' release, so let's explore the changes to the Draft and Expedition formats.

The official list of current Draft Pack contents and Expedition-legal cards can always be found on DWD's site. We sorted each card into Kept, Added, or Removed for each format. Use the toggles below to swap between formats, and to filter cards based on their faction or change.

August 17, 2020 - Update: a few cards were mistakenly missing from the Draft Pack list. Of those, we are unsure of what General Izalio's weighting was at the time. We are marking its weighting as "5x", just note that it may have been 1x.