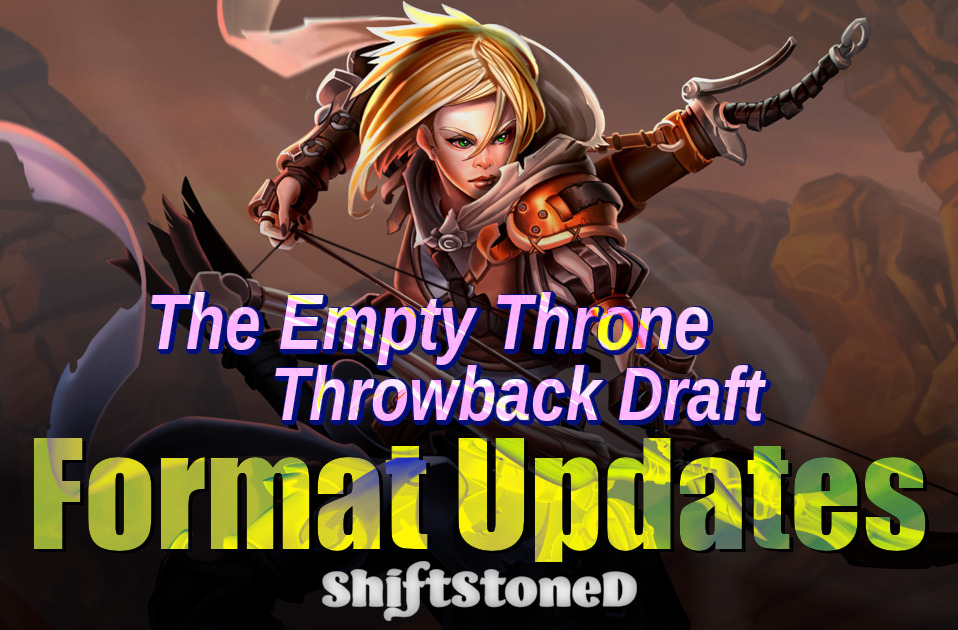 October 24, 2020 - The Eternal Celebration has started, and with comes the Empty Thone throwback draft. Throughout the Celebration week, all four packs in Draft will be the from the game's first set.

Other than one weekend's throwback event back in 2018, this will be the first time we've seen the Empty Throne draft format since Omens of the Past came out in July 2017.

This article only lists the cards in The Empty Throne packs that have changed since Omens came out. This isn't a guide to the format—though if you can find old guides this could make a nice companion tool. But for anyone who has played the format before and would like to know what has changed, and for anyone else who is just curious about what these cards used to be, I hope this is useful.

then:
Entomb: Play a 2/2 Flying Gargoyle.
now:
Entomb: Create and draw a 2/2 Gargoyle with Flying.

Steward of the Past

then:
Powersurge; Deal damage equal to your power spent.
now:
Deal 1 damage. Spend your remaining power to increase the damage dealt by that much.

then:
Powersurge; Summon: +Strength equal to your power spent.
now:
Summon: Spend your remaining power to give Charchain Flail that much Strength.