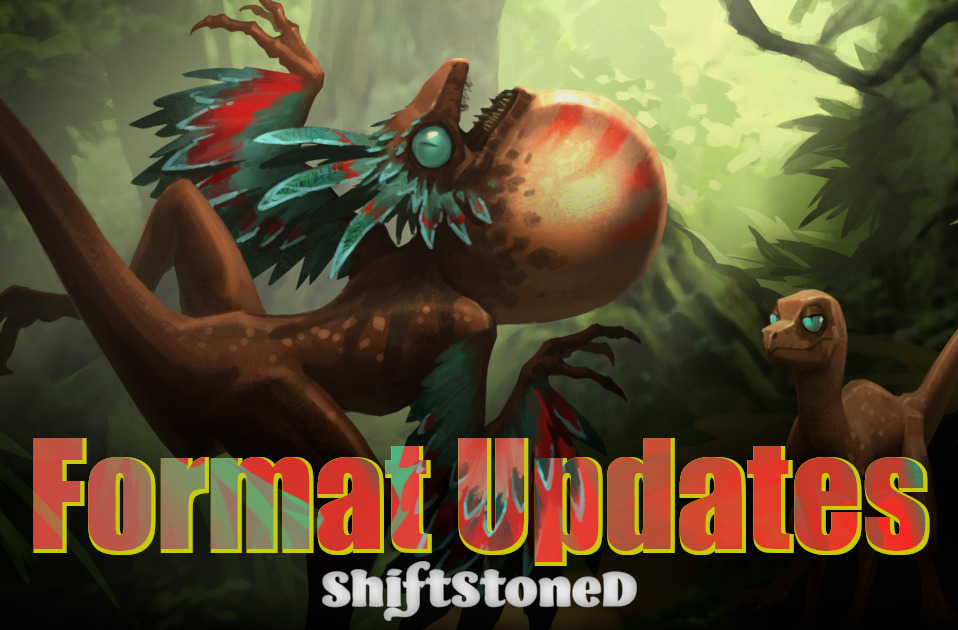 November 1, 2020 - Tomorrow the Eternal Celebration will be ending, and the Empty Thone throwback draft format is leaving with it. The Argent Depths draft format will return, but some things will be different.

Along with reordering the drafted packs and updating the Draft Pack's card weightings, 56 cards will be added to the Draft Packs and the Expedition format, followed a few days later by the new bundle set Bastion Rising. This is the second mid-format update to the Argent Depths draft format, after the previous one in mid-August.

Note that kept cards with unchanged weightings are not listed here. The official list of current Draft Pack contents and Expedition-legal cards can always be found on DWD's site.