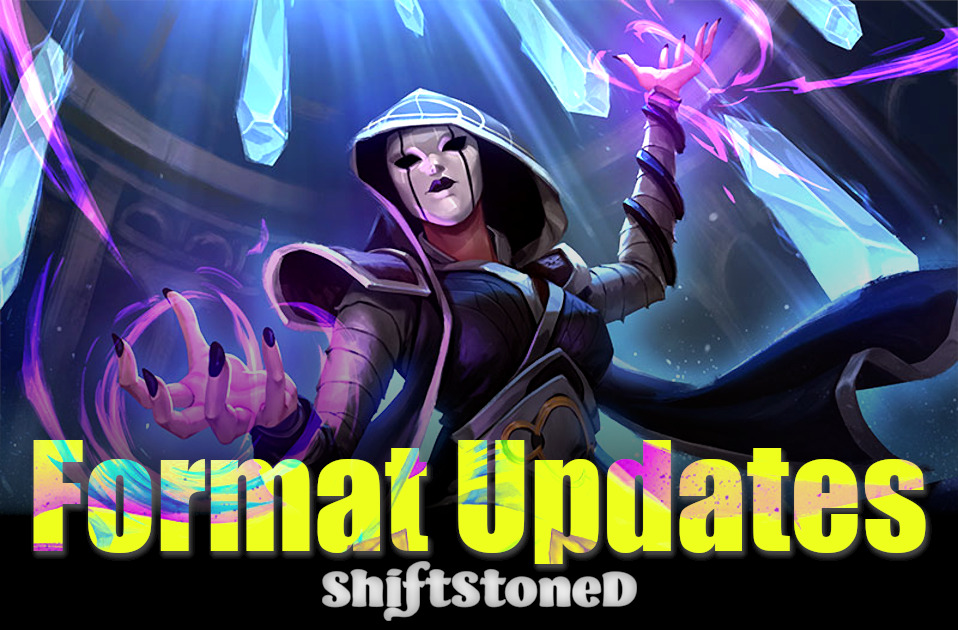 December 14, 2020 - Empire of Glass was released today, and Dire Wolf Digital has redesigned the Eternal Draft Packs and Expedition to complement the new set. Our trusty Grenadin have processed the changes into this handy interactive gallery for you! Use the toggles below to switch format views, and to filter cards further.